Vicki McDonald has been Bursar and Clerk to the Governors at Dame Allan’s Schools for almost three years, having previously been an auditor with both Deloitte and UNW.

Here she reflects on her move to the education sector and the challenges of her role as the schools have adapted to the pandemic over the last year.

Could you tell us a bit about your early career?

I went to Dame Allan’s as a student, which is sort of how I ended up back here. I then went to Newcastle University to do Business Management and after I graduated, I trained with Deloitte as an auditor and qualified as a chartered accountant. After that, I moved to Kaplan Financial, a company that specialises in providing training in accountancy and financial services, and then spent several years working in audit at UNW. Following my time at UNW, I spent an interesting 18 months working for HMRC before I started thinking about what my next move would be. I saw that Dame Allan’s was advertising for a Bursar, which had been badged as “Director of Finance & Operations”, and was keen to re-engage with my old school.

How did you find moving into the third sector from your previous roles?

It was very different. For most of my career, I had been in audit, except for some time with the Civil Service – which could not be more different to what I’m doing at the moment. Dame Allan’s is the first time that I’ve been in a job where I feel like I can see the work I do making a difference. Everything I do has the school at heart, every action I take has the chance to benefit the school, and you can see the work really has an impact.

I also really enjoy the charitable element, as we’re able to award bursaries to children who otherwise wouldn’t have been able to attend the school and also help people through hardship, which is a really important part of the job – and particularly important during the COVID-19 pandemic which has led us to launch a specific hardship fund for parents whose finances have been affected and can no longer pay fees. In this role, I have felt like everything matters so much more – you become part of the organisation.

Obviously, you’ve worked as an auditor in the past. What was it like being on the “other side” of the audit process for a change?

We’ve been through it three times now so I’m getting used to it, but my first audit as a Finance Director was very strange having spent so many years as an auditor. I found having that background to be very beneficial, because I understood what questions they would ask, why they need to see certain things, and the importance of evidence for them.

We have recently completed our first ever remote audit with UNW, which was also a different experience. Going in, I wasn’t sure how it would be, but it worked really well – they managed to do everything without coming on site at all, which was really impressive. The team were there to support us whenever we needed, and aside from the audit their regular communications and webinars on topics like the Job Retention Scheme were really useful.

It was a lot more straightforward and seamless than I imagined it was going to be.

What are the main challenges Dame Allan’s have faced due to COVID-19?

I could ramble on for hours about this! There has been a massive amount of guidance from the government, which is helpful, but everything changing so quickly and at the last minute has been a struggle.

We’ve been through various different iterations of the school since last March, from full lockdown and just having keyworkers children, to phased returns in June, and having everyone back in September followed by an unexpected further national lockdown in January and February. The teachers have had to adapt their teaching practices on a day-to-day basis, according to whether or not the students are at home, in class, or a mix of both. This was a big challenge between September and December, as we sometimes would have large groups of people self-isolating.

My concerns are mainly on the Health & Safety side: making sure we have the right pupils in school and that we’re following all of the rules re minimising contacts and isolating cases; implementing enhanced cleaning practices; and having hand sanitiser placed around the school. We’ve also now got testing infrastructure in place because when schools are back in March, we need to test every single child initially three times a week at school before they move to twice weekly home testing. It has been a huge task and completely different to anything we’ve done before, but we have all learned an awful lot.

How do you go about putting the structure for testing in place?

They announced that schools were going to have to carry out testing just as we started our Christmas holidays. Everything coming together was really down to staff volunteering their time to not only do their day job but get involved in the testing and the training that came along with it. The government sent us different webinars and guidance to look at, and we largely used support staff to do the admin roles for registering the tests and recording the results.

We are also very lucky to have a school nurse on site and she was able to take the lead on the processing of the tests themselves and has now trained up other individuals. When we’re back in school in March we have to test all students at the senior school three times over the first two weeks – that’s over 2,600 tests!

At the minute, we think we have the right levels of staff to be able to get it through, but we’re just going to have to give it a go and see if it works. A lot of our staff have had to really adapt; their job might be as a science technician or an HR assistant, but they’re happy to come in to don their apron, gloves, and mask and process tests. We’ve all just really had to get involved because it’s the only thing we can do.

What was it like having to switch to online learning?

It wasn’t easy at first – last March, we only had two days’ notice before we had to close.

The senior school coped a lot better initially than the junior school due to the age of the pupils in the school and the technology available to us. A few years ago, we had rolled out Chromebooks to every senior school pupil who joined, so everyone had access to the technology. We trained everybody up on Google Suite and Google Classroom, which helped everyone learn how to use the livestreams and interactive functions. We’ve continued to improve it; when we entered this current lockdown, it was a smooth transition. We’re able to deliver a complete timetable of live lessons, so it’s no different to being in school. The junior school has gone from sending out workbooks to having live lessons and pre-recorded videos, alongside a lot of different interactivity activities during the day-to-day classes as well.

It was a huge challenge at the beginning, but we took it step-by-step and improved things to the point where we can now pick it up and put it down whenever we need to.

What have been the positives of moving classes and activities online?

In terms of students, it depends on the individual personality; some people prefer face-to-face interaction, but others are really thriving because they’re happy to just focus on their lessons. You do lose some of the ‘disruption’ of the school life, such as them moving classrooms and chatter in between lessons, so a lot of them are often able to get through their work quicker.

One real positive of lockdown is that it has given us the opportunity to engage with the wider school community by staging virtual versions of everything and sharing more on social media. We recorded our annual carol service and 1500 people watched it at the same time. There were old ‘Allanians’ who were probably too far away to see it in normal circumstances that got the chance to engage.

How would you say everyone has adapted to the changes?

Amazingly well. This time last year, when things were starting to change rapidly, nobody knew what was happening and we didn’t know how we’d cope. It hasn’t been without challenges, but now it seems really seamless. I think most people have just fallen into place with it – we’ve all become a lot more flexible because we have had to. There have been some teachers who’ve been teaching here for 30 years, and it was a massive challenge to be able to adapt, but some are now really enjoying doing things a little bit differently and will incorporate some of their new techniques into teaching going forward.

This situation has shown us that everyone in school, in whatever role, can be adaptable.

How are you preparing for a return to class?

We’ve now been informed that all pupils will be back in school from 8th March so we’re really looking forward to that. Although the remote learning has brought some positives, we all just want to be back in school with the kids. We are now looking again at the systems we had in place in the Autumn and refreshing the risk assessment from a health and safety perspective to make sure everyone in school will be as safe as possible. We’re also having a huge push on extra-curricular activities to get everyone outside and active as much as possible to try to make up for so many months in front of a screen.

For more information about our work in the charity and not-for-profit sector, please contact Anne Hallowell, Charity and Not-for-Profit Partner at annehallowell@unw.co.uk 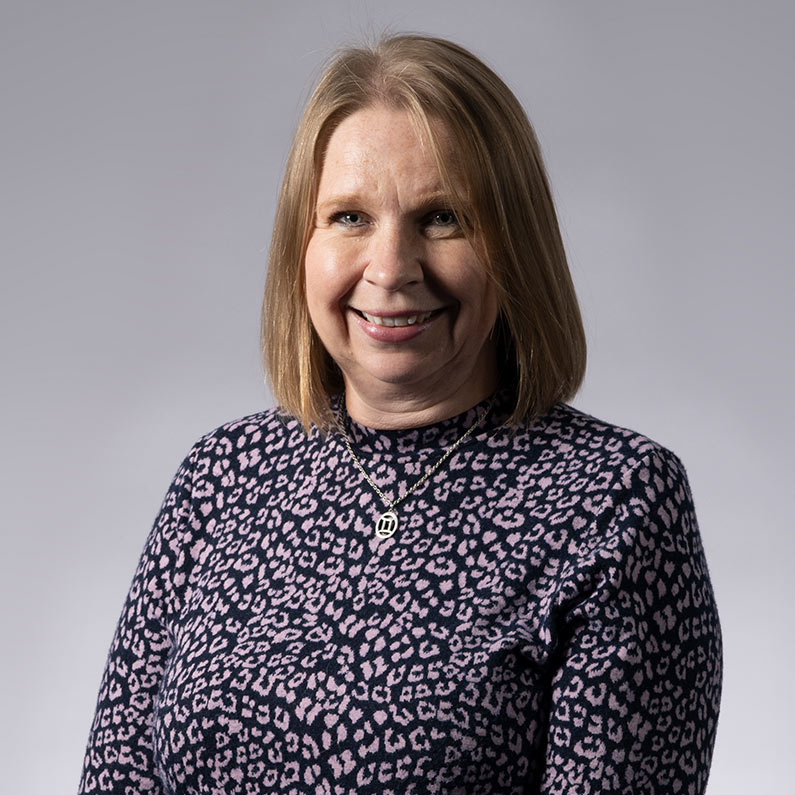 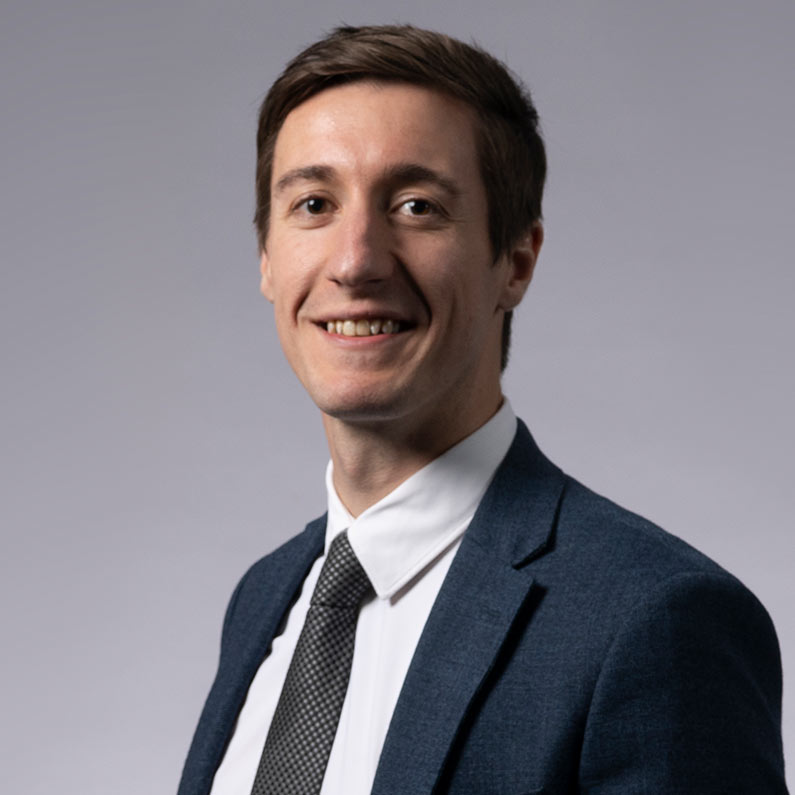 The team were there to support us whenever we needed, and aside from the audit, their regular communications and webinars on topics like the Job Retention Scheme were really useful.

Vicki McDonald,  Bursar and Clerk to the Governors - Dame Allan’s Schools
Back to testimonials